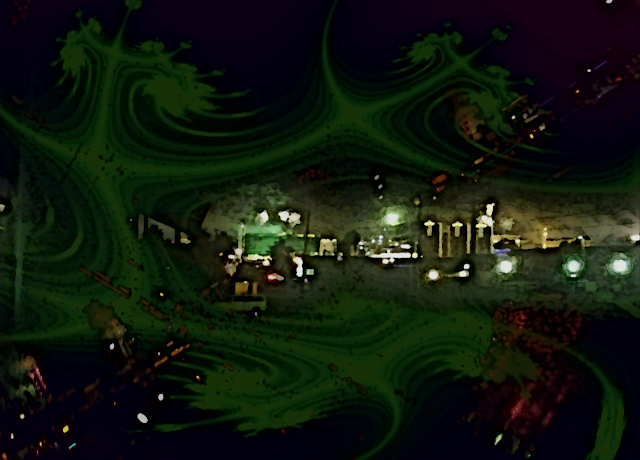 So, I don’t remember when I started this post… Well, THIS post is a complete re-write from the top of my head, but sometime around the 3rd or this past Monday I sat down to write about New Year’s Resolutions and my read of “The Way of the Superior Man.” Maybe it was even the 6th that I stopped to collect my thoughts a bit.

My friend has been talking about Deida’s book for at least all of last year. He rated it 4 stars on Goodreads, and I could have sworn that he has recommended it several times. It seemed like the perfect book to read to start off the new year, a source of inspiration (maybe?), and a different perspective on life… We put a lot stock into resolutions, a hand-me-down from our ancestors’ pagan roots, back when we needed a way to organize the chaos, and we weren’t actively managing and building the chaos as a species. Things have changed, but we still hold onto things like that.

Before I get into my review of that book, let me take a moment to just reflect and project. (Tonight's soundtrack is Wu-Tang's "The Saga Continues." They still have it, and this may be their best album of all-time.)

I have plans this year--I think we all do--and I'm making some seriously concerted efforts to make those plans finally unfold like a Transformer, from an inanimate vehicle into anthropomorphized determination with a soul. At one point this weekend I'll press the button and let my copy of Anthem loose out in the world. My first order of business will be to order a physical copy for myself. If nothing else, I'm doing this because I want my own physical copy of a book I put together. Anthem isn't my story, but I'm fascinated with the whole publishing process. I started the project last year with the intention of learning the process. Granted, self-publishing and the greater industry are very different beasts, but I think there are definitely things that I have been able to gather that would be useful if I were ever to do traditional publishing. The software is different, but the concepts are the same, and I already have ideas on how to improve this next time. The most encouraging thing is that there will be a next time.

So did any of this confidence come from reading "The Way of the Superior Man"? No, absolutely not. Though, my friend does have a good video that I would direct you to about confidence.

I suppose you could check out my Goodreads review if you were so inclined, I think I did a decent enough job at explaining what it was that I didn't like about the book, and the reason why I gave it a one-star rating. I find that a lot of the non-fiction I read these days has to be philosophy or academically inclined. If you're going to tell me about life, the way it is, and what it is that I should be doing with mine, then I expect there to be some sort of statistical basis for your reasoning. In the very least I want some anecdotal evidence, some shit that you personally went through that you can point to or elaborate on that explains why you're giving me advice or instructions on how to proceed through this world. Superior Man has none of it. The author is supposedly a Ph.D, though I find that be a curious proposition considering some of the things that he had to say. I wouldn't recommend the book to anyone, but that doesn't mean that it didn't have a positive effect on my life.

Sometimes it isn't what the words have to say, but the way the words affect the reader. As long as it is a positive thing, I think that the writing did it's job. It effectively communicated what it was trying to... Or maybe not, maybe you want to write a piece that is just complete animosity? I used to write like that, just let loose any kind of bile that was lurking in the back of my mind. These days though, I'm older, I'm more conscious about my noise and what is being communicated rather than concerned with just making a loud enough noise to be heard. I'm not so sure that I was ever all that prolific, but these days I'm definitely not writing quite the volume that I used to. I'm talking directly to you as the reader of this blog. If you've been around for the various incarnations of this site, you most likely remember my old site(s).  I don't think there's anything wrong with throwing it all away and starting from scratch. This particular site has been around for a few years now, I just haven't done much with it. This year, that changes. I will be writing much more than I ever did in the past. You may not see all of that here, but my hope is that you'll be able to purchase it on Amazon, Google Books, Apple, Barnes & Noble Nook (is that still a thing??), in physical form, etc.

I'm not going to lie, work definitely prevents me from writing like I used to. So the only way that I can be a prolific writer is that I have to get paid for what I do write, when I write it, which is going to be in the off-hours, and I'm fucking salary, so we're really squeezing it in when there isn't a whole lot of time. Because it isn't just work, it's also family; my wife, my parents, my wife's parents and sisters, etc. These things are important. I know how some of you feel about my opinion, you think that I'm fooling myself trying to do what I can to be a good employee, but I would not be where I am if I had not accepted that opportunity is a sense of purpose. Not all of us get an opportunity at all, so when one comes up, you have to take it, and I've always loyal person as long as you aren't trying to fuck me. And I don't get that impression from the people I work with. It is very much about knowing that we can count on each other in that environment, and that we're serious. That's business in general. A lot of people want to start businesses without having actually been involved in them, even worse, some people want to try and tell you how you need to run it, without having any personal experience doing so. I was given the opportunity, and I feel like I'm still learning, even 13 or so years later.

So yeah, I got a plan to make sure that I'm still able to write. That was always the goal. I also have a good idea of how I'm going to provide a product as well.

I'm still going to blog, I have to have something to give people for free. I also intend the free product of this blog to act as it's own thing, but on the same level as the stuff that I expect people to pay for, they'll just be different products. I'm hoping to have the blog to try some stuff. I want my fiction to go up on here as well... So, what do provide to people that can get it for free? Well, I'm going to buy physical journals, I'll do all my preliminary work in those, and when I release the books for sale, they'll be a marriage of the two; the completed story that I've already released as well as scans of my personal notebooks for the products. Maybe I'll doodle in the margins or go off on tangents that don't get published. It's an opportunity, and you already know how I feel about those. I have to at least entertain the idea because I think there might be an audience there, and there might be some value in seeing how I arrived at my final drafts, or at least where my head was when I first conceived of it. The pessimist in me laughs and tells me that it isn't until you're pushing up daisies or acting as worm food that anyone really cares about what you've done. Good writers are enjoyed posthumously. But when I say shit like that my wife gets concerned, and friends of mine start getting scared.

Trust me, if you ever hear that the way I died was suicide, you absolutely know that it wasn't me. My thoughts on being famous are that it is better to be appreciated long after you've lived a long and full life. I don't want to be famous now, that sounds like a nightmare. I just want people to appreciate my writing, and for me to be able to pay all my bills. I can put that number at $1M in the bank, or I could put it at $100k, maybe $10M? None of that really matters. I lose all sense of value when I have to call the police to kick a homeless person off our property at work. Shit like that will definitely alter your perspective on life. Plus, I was raised poor. Happiness is a bowl of ramen with frozen peas and saltine crackers. I'll never have expensive tastes. I bought New Amsterdam Gin because that shit is cheaper than Segram's... For real though, it does have a great botanical taste, even though I do like Tanqueray No. 10.

Every time I get drunk on Gin, I think about Kat Williams...

That was a gross overestimation... I don't always think about Katt Williams when I get drunk on gin. This is the first time I've thought about his comedy in years, and I've been way more drunk on gin than I am right now, but it was the combination of thinking about drink preference, and the different brands out there. White people may be a bit more forgiving on the drink itself. Granted, we aren't all alcoholics, but if you're drinking something that you never drink before, you're bound to get fucked up beyond the level you thought you would be at.

On a completely different note, Wu-Tang is definitely an amazing amalgamation of musicians. I know most of us think of them as a group of MCs, but their albums sound different enough from most of the garbage that's out there that they have to have at least some intuition. They are making--or, did make--decisions that other people did not. Their music is unique and enjoyable in its own right. Ya know, I can really get down with some Wu, it's actually good music to kick back to. I can remember avoiding Iran Flag because other albums were suggested to me. Perhaps my friends saw me more as a Method Man fan, they wouldn't be wrong. But I also like albums that aren't quite as focused on Mef.

I know, I know... Leaving comments is fucking annoying, but how else will I know that you've read this post!?!? Please hit me up on Twitter or leave a comment on this post. I want to hear from you. I want to know you want to read more. Let me know what you think I should focus on. I haven't written any romance short stories yet, but I need to. I want to explore some different genres and I'm still going to be working on public domain books as well. Once I get a physical copy of my Anthem in my hands, then I can make some decisions about how I go about publishing a book myself.  Hopefully that's next week. I will keep you updated.

My wife wants to travel the world, she wants to go to exotic locations... I suppose maybe that's what happens when you're born and ...